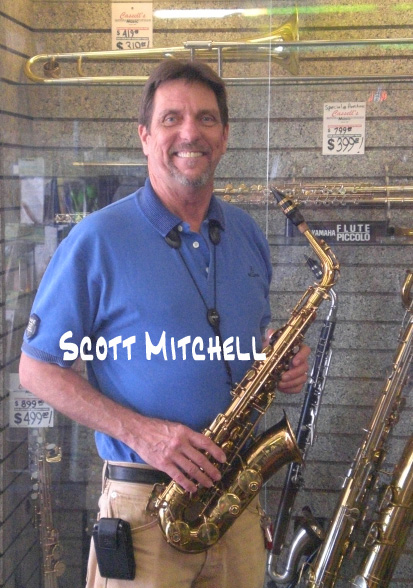 Scott Mitchell   teaches woodwinds - clarinet, flute, and saxophone. He has been playing woodwinds for over 40 years. His students have held first chair at San Fernando, Granada Hills, Chaminade, Reseda, Sherman Oaks C.E.S. and Highland Hall High Schools. His students have gone on to play at University of Arizona, UCLA, CSUN and Cal Poly Pomona. Scott is in demand not only as a teacher, but as a player with many professional groups including the Ventura Jazz Orchestra and Captain Cardiac and the Coronaries. He has worked with numerous recording artists including Al Jardine and Jim Fuller of the Surfaris. 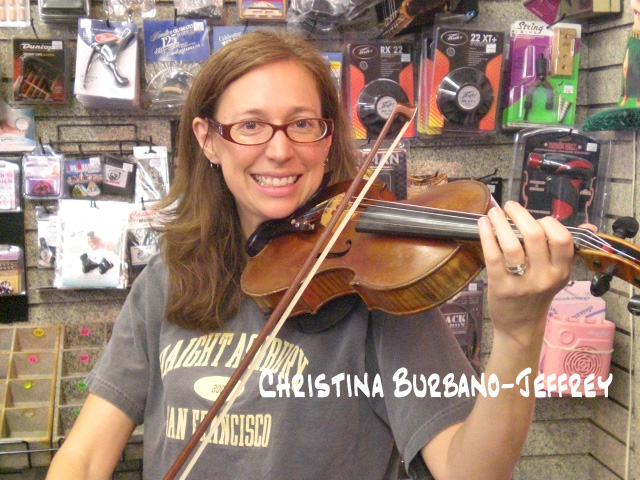 Christina Burbano-Jeffrey   has degrees in violin performance and ethnomusicology. She has been teaching for 24 years. Christina teaches violin, viola, cello, string bass, piano and guitar. She has performed with many orchestras as well as with recording artists such as Yes, Phil Keaggy/Glass Harp, and Twila Paris. She has also performed with jazz, chamber, country and Mariachi groups.

Jim Jeffrey  teaches guitar, electric bass, banjo, mandolin, and ukulele. He has a bachelor's degree in guitar with an emphasis in jazz and classical guitar and a Master of Fine Arts Performer/Composer from California Institute of the Arts. He is also in demand as a solo and ensemble performer. Jim is a recording artist and engineer/producer as well. Jim teaches jazz, blues, rock, classical, finger picking and also specializes in teaching songwriting and improvisation. He is currently writing a guitar method book. Here's a link to a video of Jim introducing the concept of slide guitar. Visit Jim's website at www.jimjeffreymusic.com 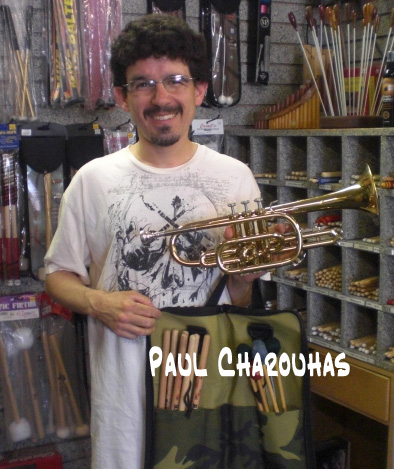 Paul Charouhas  teaches drums, percussion and beginning brasswinds. He has a Bachelor's Degree in Music Education and a California Teaching Credential in Music. He has taught drums and other instruments for ten years, taught beginning band and orchestra, concert band, and choir at the elementary, middle and high school levels. Paul has played drums and orchestral percussion professionally, and plays in, sings in, and writes for rock band, The Elephant Parallax. 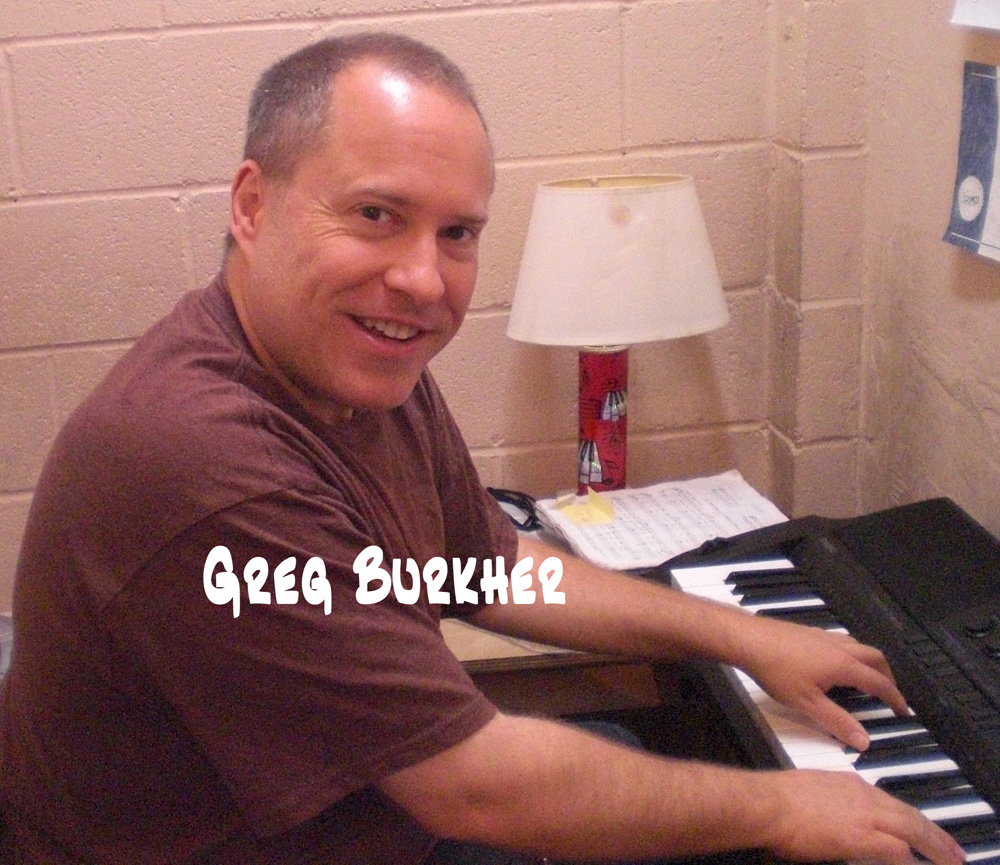 Greg Burkher  teaches piano and keyboard. Greg holds a Bachelor of Arts degree in Music Composition and Piano Performance from UC Santa Barbara. He also hold a Technical Degree in Computer Electronics Technology from San Jose State. Greg possesses perfect pitch and incorporates musicianship and theory into his students' lessons. In addition, Greg is in demand as an instructor not only in the San Fernando Valley, but also in Hollywood, Ventura, and Santa Clarita. Here is a clip of Greg playing Fly Me to the Moon. Visit Greg's website at www.gregburkhermusic.com

Born in Munich, daughter of musicians, Monika Bruckner started to play the violin at the age of 7. After high school she moved to Paris, where she studied voice with Yaël Benzaquen. She received a masters degree in vocal performance from the Conservatory of Boulogne-Billancourt. She participated in various Opera productions at the Theatre du Chatelet, before becoming a permanent member of the Radio France Choir. There she sang under the baton of renowned conductors such as Ricardo Muti, M.-W. Chung, Serge Ozawa, Charles Dutoit, Jeffrey Tate and Yutaka Sado etc.
She moved to Los Angeles in 2002, with her husband and 2 children. Since her arrival she has been performing with the Los Angeles Master Chorale under Grant Gershon, the Los Angeles Chamber Singers and Cappella and other local ensembles. As a soloist she has performed with conductors such as Grant Gershon, Sir David Willcocks and musicians such as Los Angeles Chamber Orchestra harpsichordist Patricia Mabee.
Monika has been teaching voice to students of all ages for 20 years. Singers of all types, from opera to Broadway to pop, have benefited from her expert instruction and ability to help them find their own voice.
In 2010 Monika received her Diploma in Homeopathy. She has used this healing modality all her life and is now trained to be able to help others to deal with both acute and chronic health issues. You can visit Monika's website at www.monikabruckner.com 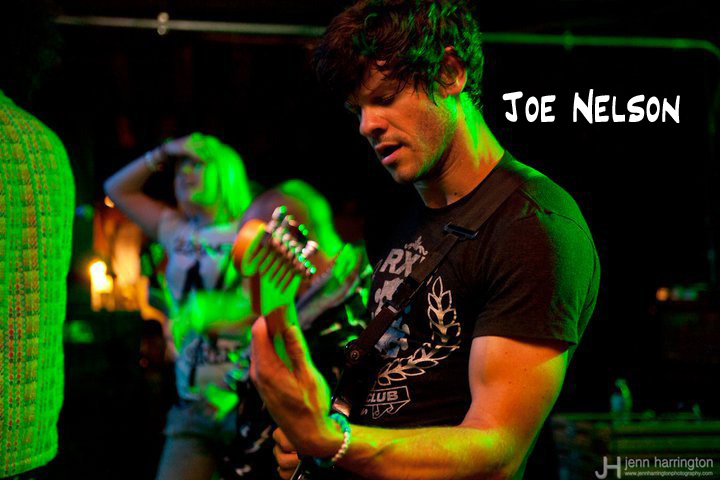 Joe Nelson is a well versed and educated musician from the Washington DC area. With a bachelor's degree in Commercial Music and Jazz Guitar he has spent the last decade touring, recording and teaching with many different types of musicians. He has played for major label artists such as 'The Wanted' (pop), 'Automatic Loveletter' (alternative), 'I Set my Friends on Fire' (scremo) and 'Driving East' (punk rock). He has toured around the world, including many stints on The Vans Warped tour, The Karrang! Magazine Tour, 70,000 tons of metal tour and many other various tour packages. Joe Nelson currently plays around LA with his gypsy jazz quartet, 'The Hot Club Vignati' and works with the heavy metal group 'Nekrogoblikon'. He has had over 10 years of experience teaching children and adults of all ages in the DC area, Richmond, VA and now in Los Angeles, California. Joe teaches the guitar, bass, mandolin and ukulele. If you want an experienced, patient and very upbeat teacher Joe Nelson is your guy!

Hyung Kyu Lee was born in Korea. He began his career by joining rock band Club during his college life.
After he graduated from his college, he participated in the Navy Band. After he finished serving in the Navy, he was active in the rock club scene. He then decided to attend Muse School of Music in Japan to pursue further study in music.
Then, in 2005 he came to Los Angeles to study jazz. He graduated from LA Music Academy and also attended Berklee College of Music in Boston. After Berklee, he received a scholarship to California Institute of the Arts, Herb Alpert School of Music. He graduated with an MFA in Jazz Studies in Drums in 2014. He had many opportunities to perform with some famous musicians such as Larry Koonse, Darek Oles, Charlie Haden, Wadada Leo Smith, David Roitstein, Alphonso Johnson, Paul Novrous, Gary Fukushima, Cathy Segal Garcia, Ronald Mahdi, and David Johnson and He studied drum set with Joe Labarbera, Ralph Humphrey, Joe Pocaro, Ralph Peterson, Mike Mangini. He recently released his debut album "Wondrous Grace". You can check out his music at the links below. 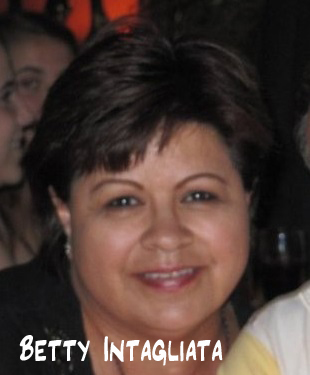 Betty Intagliata first started teaching violin at Cassell's Music in 1978 while studying violin as a music major at Cal State Northridge. In the mid 80's, she took some years off to raise her family, returning later to college to finish her degree in Early Childhood Education at College of the Canyons. She specializes in teaching young beginners the basics of music and violin technique while instilling in them a love of music and music making. And by the way, she is married to Ed, the store owner!